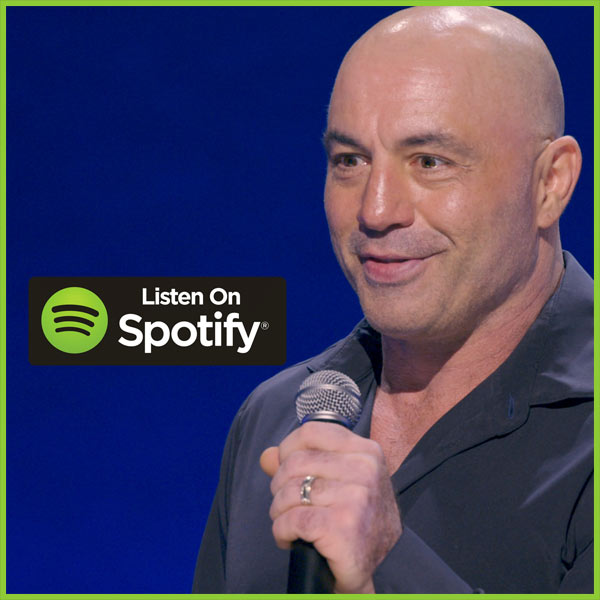 With the popularity of podcasts growing at an insane pace & people tuning in religiously, it was inevitable that someone like Spotify would want to tap into that attention. (Amazon has a very unique angle to tap into these ears as well.)
Spotify just threw $100 million to Joe Rogan for exclusive rights to his show, which is one of the most popular podcasts in the world with an estimated 200 million downloads per month.
Spotify’s market share grew by $1.7 billion in 23 minutes after the announcement. Would you say that it was a great idea?
But this deal has a massive impact on several industries.

Lots and lots of it. (Remember that. I say that a lot.)
Many people are pissed. Many people are screaming. Others are rolling with it.
I see massive opportunities as it all comes together. Remember, Spotify has an ad platform as well.
They have a free plan. But that free plan comes with ads.
Bringing someone of this magnitude on to their platform with an exclusive agreement will inevitably bring on more free subscribers.
All of a sudden we have millions of new app downloads.
Guess what they’ll likely do?

Stick around for some music. Hear a few ads if they don’t want another subscription.

“Well, why should I even bother listening to radio? I’ll just listen to everything on Spotify”

Guess who else is shaking in their boots?

This move by Spotify sets the stage for the inevitable exclusive signing of music artists. They are likely scurrying right now trying to renegotiate deals with their artists to lock them in.
They have a built-in distribution that fits the new world that we live in.
Netflix built the model. First, they licensed the content and built a massive userbase. Then they started to create their own exclusive content.
Imagine if they were to sign Drake to an exclusive. It would probably break the industry.

I like this move. If it wasn’t Spotify, it would have been some other major platform.

Spotify Ads has been a bit limited from my experience. The demographic targeting was meh, but I knew it would get better.

What a better way to improve the ad platform than by having a huge surge in users that they can learn from.

Many will never buy into the paid plan, but that’s perfect.

This will allow me to help my clients basically advertise on radio. The digital radio.

This would allow marketers to have another date/touch with our target audience. (See my video Marketing is Dating for clarification of this vague statement)